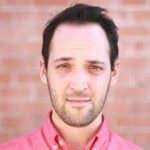 We need to talk about Amazon. With the help of COVID-19, Amazon is precariously positioned to dominate the market like never before. This article is the first in a two-parts series about why and how Facebook and/or Google can better compete with Amazon before it’s too late. Here I will explain why I believe Amazon is ready to take off like never before. The next article will discuss what companies like Facebook and Google can do about it.

Let’s get into what makes Amazon so dangerous. Click a link if you’d like to skip ahead.

Amazon was founded in 1994. In terms of revenue, they’ve always been best-in-class. Hell, by 1996, they were able to more than double their Q3 revenue of $4.2 million to make $8.5 million in Q4. Profit, on the other hand, was not a major consideration, as evidenced by this chart: 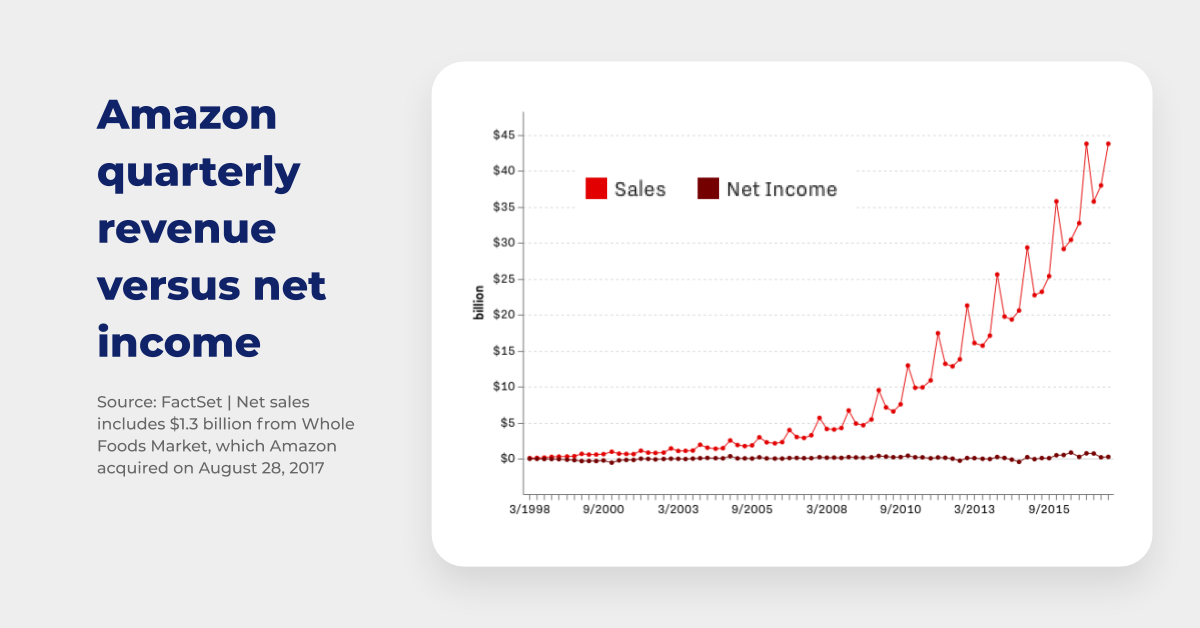 You see those little blips in net income toward the end? It’s starting to increase. In Q4 2017, Amazon’s net profit was higher than the previous 14 years combined.

Why does this matter? Because Amazon was, and is, a slumbering giant. They may have done a little sleepwalking these past decades, but 2020 is the year they’re waking up. Amazon’s focus from the start was market-share over profitability: razor thin-margins and operating at a loss until they dominated the market….

Guys. They are now dominating the market. 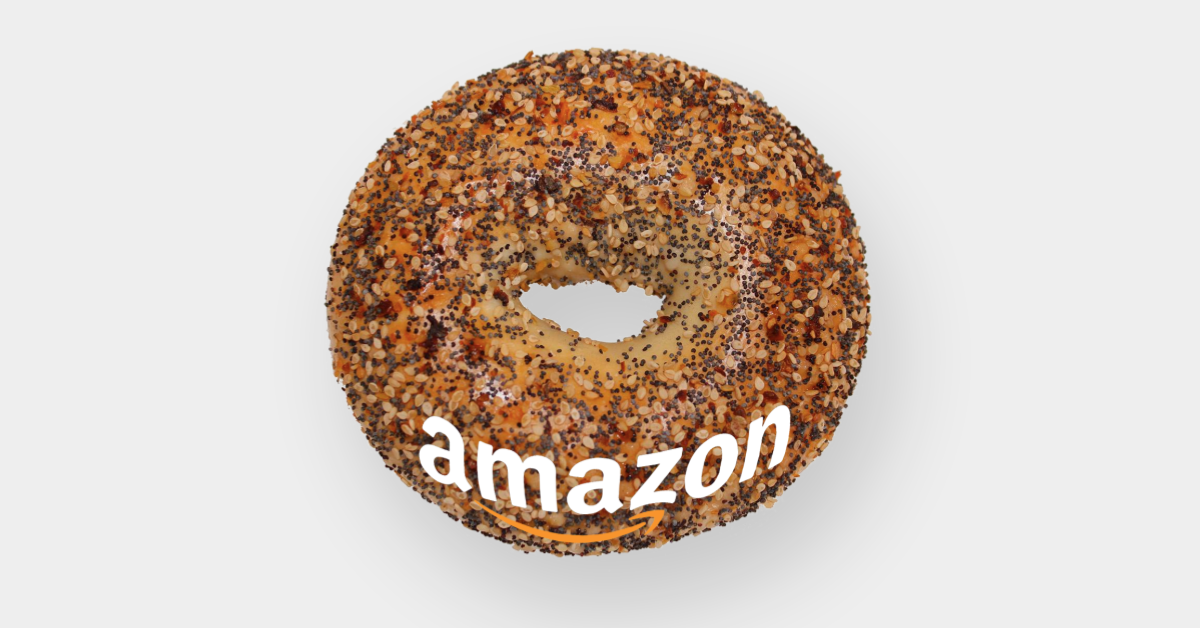 Amazon doesn’t take half measures. They aren’t interested in competing, they are interested in absolute domination, which is evidenced by the breadth of sectors they have conquered. 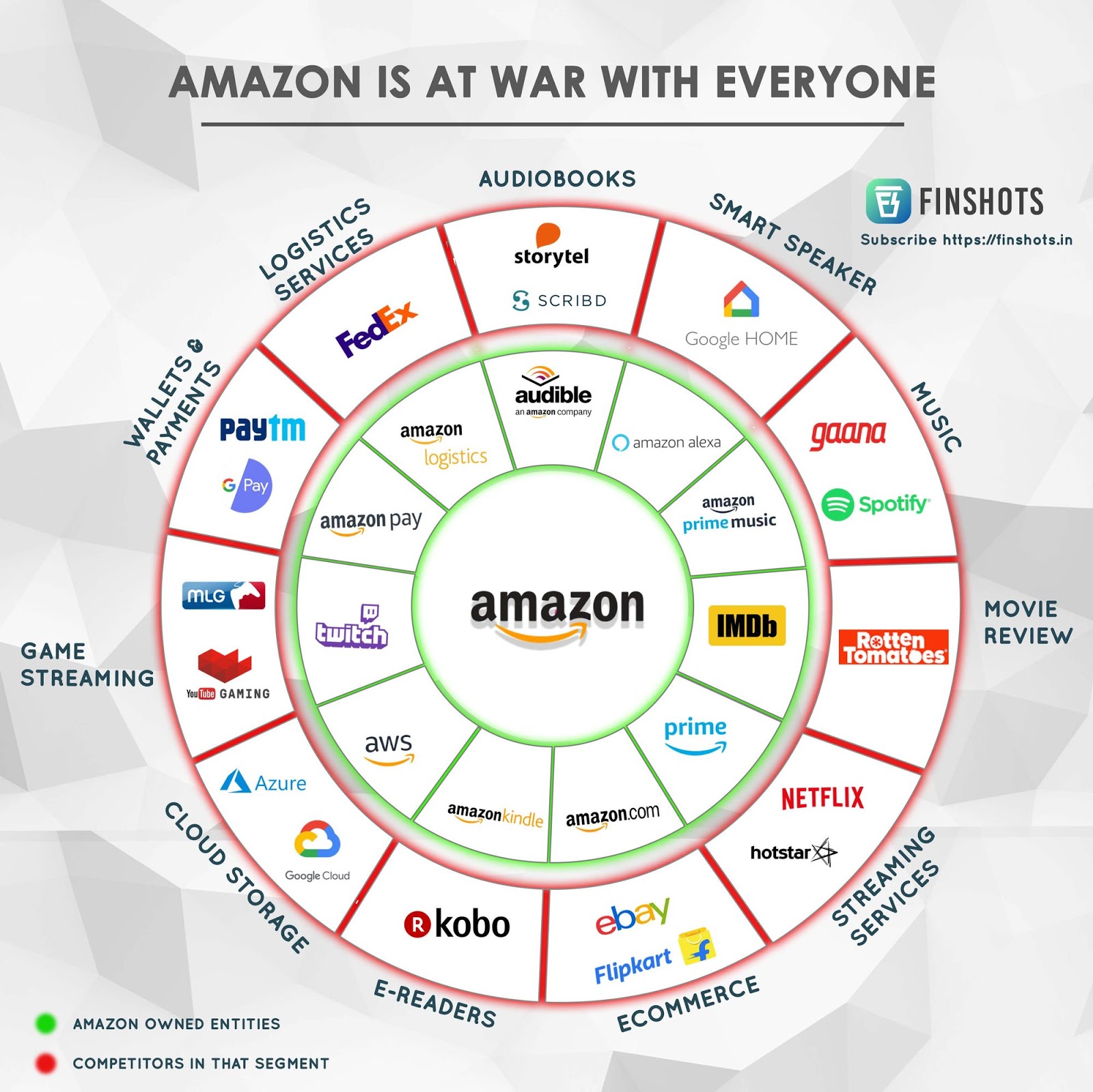 Remember when Amazon was a bookstore? Then they started integrating horizontally, acquiring and partnering with other retailers until they became the platform for buying everything. They created a marketplace for sellers which now has over 5 million merchants. That’s a whole lot of sales data under one roof.

Amazon realized how much of their revenue went toward shipping, so they vertically integrated their supply chain, snatching up fleets of airplanes, shipping companies, drones, etc., and decreasing their cost to ship.

Amazon also vertically integrated with the core of their business model: the website. Why pay someone to host your site when you can just do it yourself? The launch of Amazon Web Services (AWS) in 2006 gave Amazon a powerful foothold into the infrastructure of the internet.

Today, AWS hosts Amazon’s online presence, as well as massive amounts of data from 3rd parties (have you heard of this site called Netflix?). AWS turned out to be the most profitable segment of Amazon (for now). When they started releasing financials following Q1 2015, it was revealed that AWS revenue for that first quarter was 1.57 billion. The operating income (e.g. more accurate profit) from that first quarter was a cool $265 million. Both profit and revenue from AWS have increased dramatically since then: 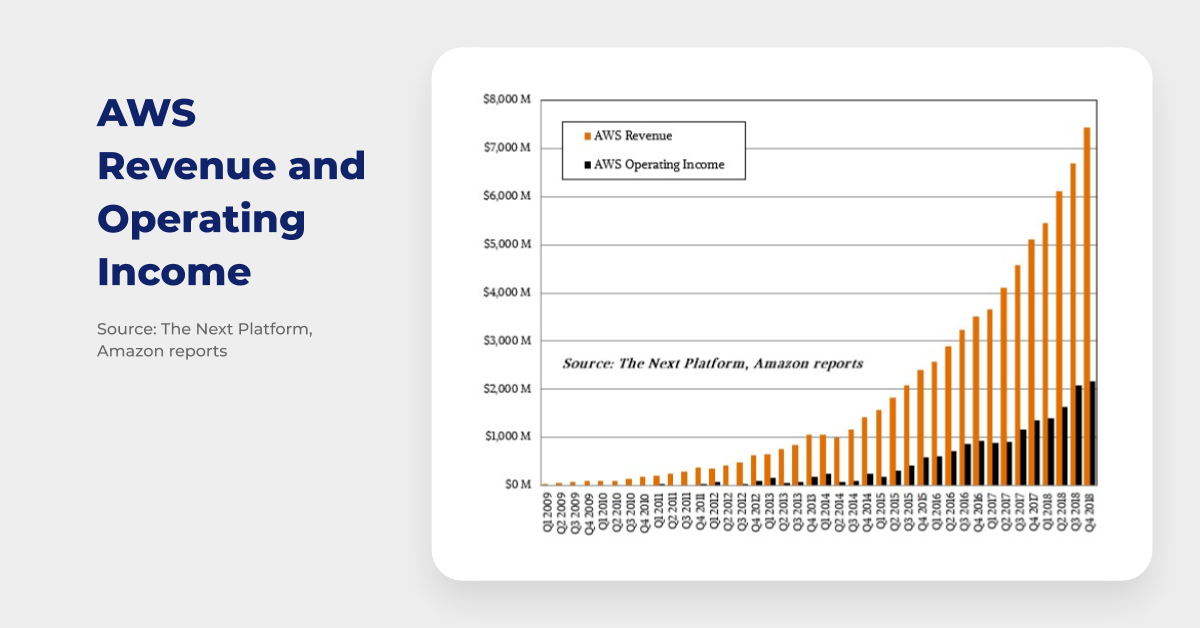 Amazon’s profit is almost entirely from AWS, and they still had $4 billion in operating income from just the first quarter of 2020. The machine is almost complete; once Amazon decides it’s time to turn it on and focus on profit, e-commerce will be a completely different landscape.

Right now, Amazon is investing that $4 billion from Q1 into their COVID-19 response. They’re investing all of it; as I said before, Amazon does not take half measures.

With a $4 billion investment into health, safety, and processes regarding COVID-19, it feels safe to assume that Amazon will set the tone for the e-commerce response to coronavirus worldwide (if they haven’t already). I believe with this investment, Amazon will be able to position themselves to the world as the easiest and provably safest way to get goods during the rest of this pandemic, which will be of great benefit to their international business. Amazon is still spending billions a year growing the international segment. Once that becomes profitable, Amazon’s machine will be fully operational.

The next article in this series will discuss how Facebook and Google could keep Amazon in check with competition. If you’re interested in learning more about what to expect in the coming months, I’d recommend reading COVID-19 and E-Commerce: What to Expect and What to Do for background on the likeliest future for e-commerce. 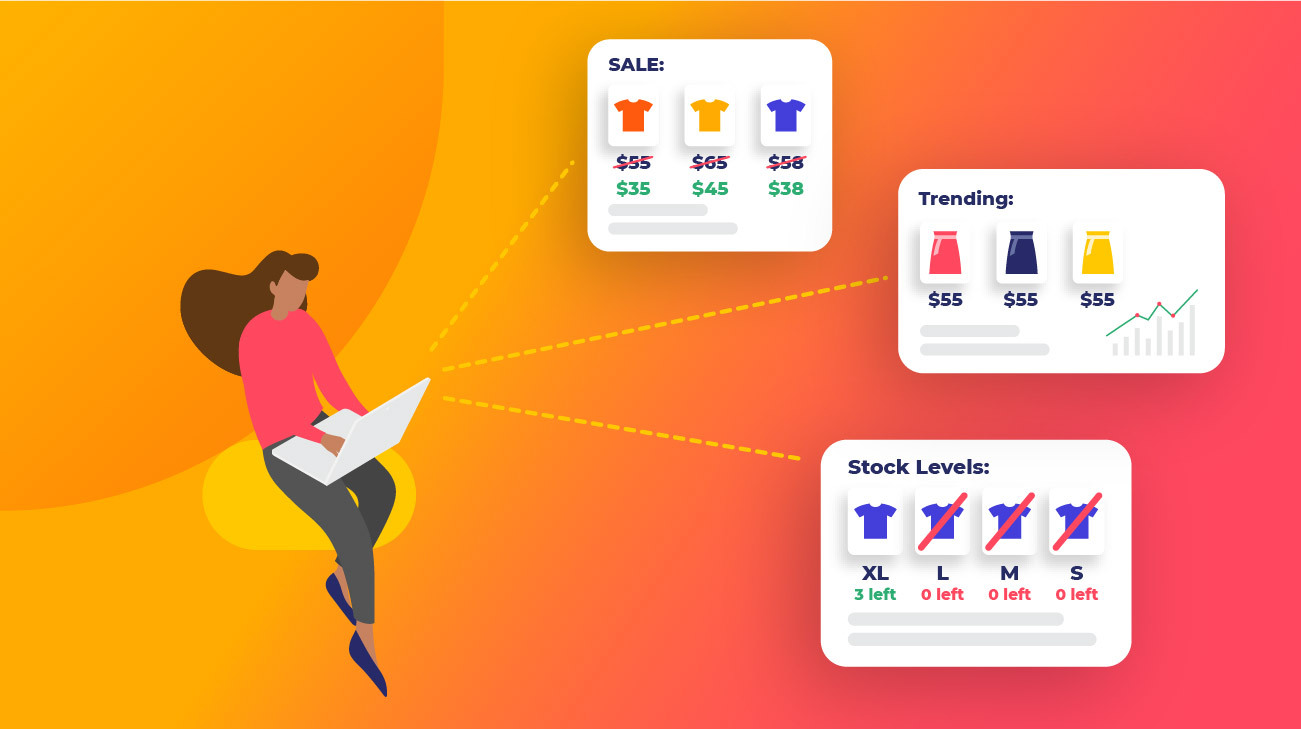 What is product segmentation? 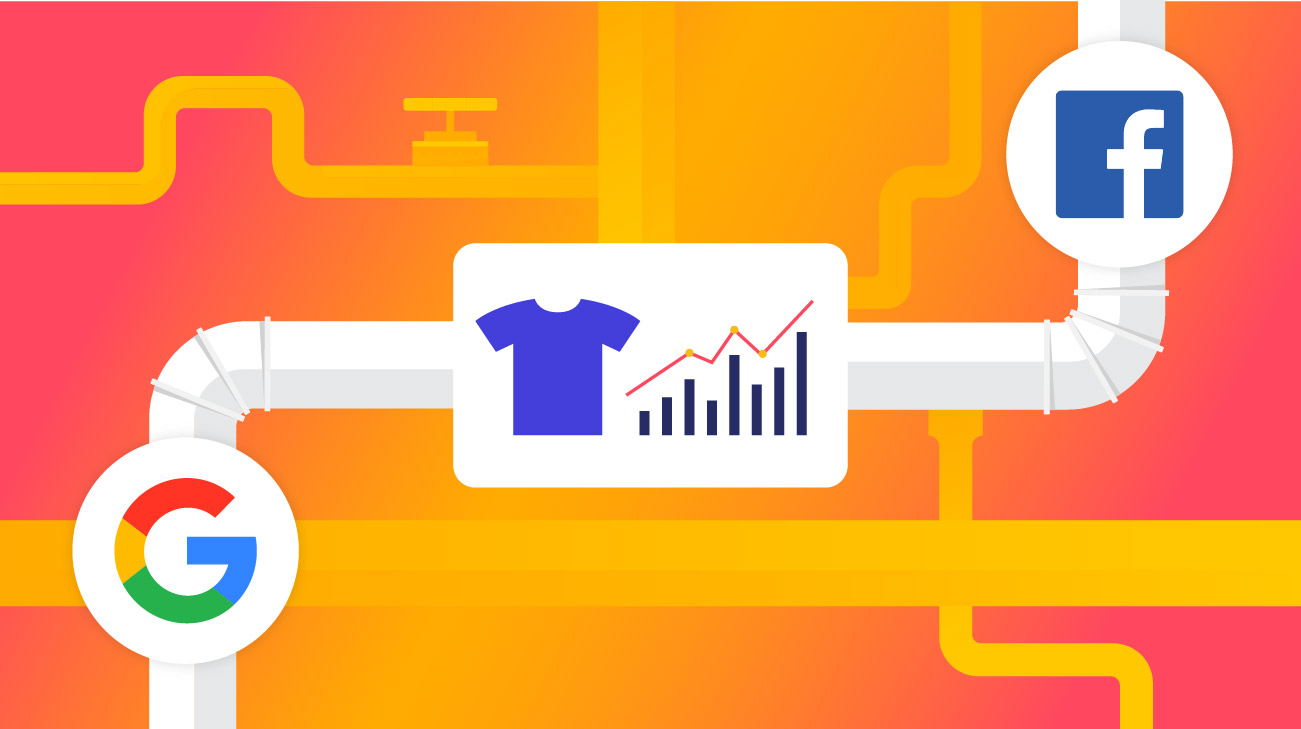 How to enhance your cross-channel marketing with product data 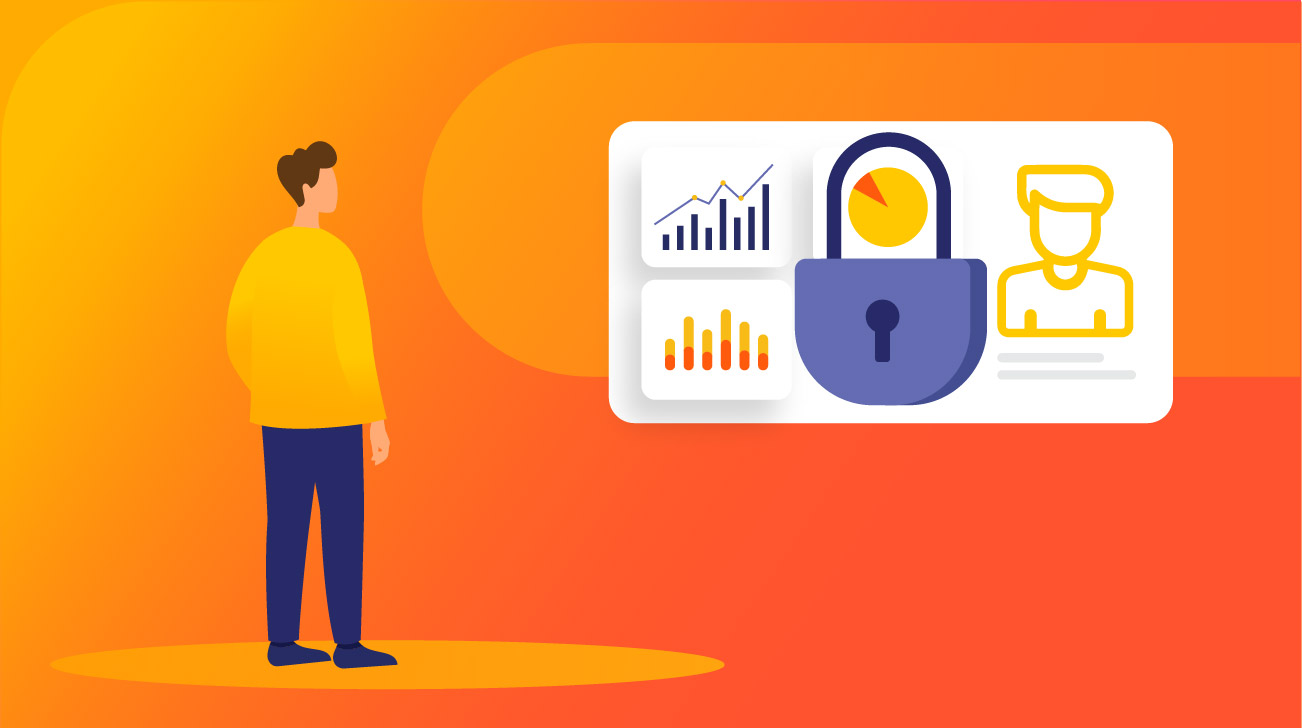