← back to all success stories
E-commerce United Kingdom

How Brastop Increased Revenue By 305%

Brastop is a UK-based retailer focused on providing stylish and attractive large cup lingerie and swimwear. Their top priority is to provide value, and ensure their customers look and feel great in their purchase. To support this, the Brastop site also includes fitting tips and style suggestions for visitors to peruse. With regular sales of up to 70% off, and a guaranteed 30 day return policy, Brastop has established themselves as a brand to watch.

Brastop was ready to overhaul their marketing approach. They had three major priorities:

Brastop was a perfect candidate for the full Product Performance Management (PPM) platform approach. This includes new creative capabilities, a dynamic set-up, and the Product Insights feature, which enhances a client’s catalog with product-level performance data (margin, chance of being returned, stock level, etc.) from across their channels and custom sources. First though, ROI Hunter needed to make sure everything was set up correctly and working.

First up, it was time to focus on improving the product campaigns. ROI Hunter set up a dynamic environment for Brastop, making it possible for them to run ads that would pull products directly from the catalog for automatic promotion.

As for the look of the ads, ROI Hunter introduced them to another powerful creative tool: the template editor (TEDI).

Using TEDI, Brastop gained access to a wide selection of pre-made templates for their campaigns, as well as custom templates they could design themselves. 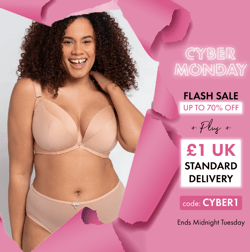 These templates provided a more consistent, visually appealing look for the campaign, but that was just the start. Beyond that, because the ads were built with a template, Brastop was able to make changes to their ads (like adding a special deal) without losing a day waiting for the changes to be approved by Meta.

Now you might think this is where Brastop’s success story ends, but this was just the beginning. Once Brastop had collected enough data through their dynamic campaigns, it was time to apply ROI Hunter’s most potent feature: Product Insights. 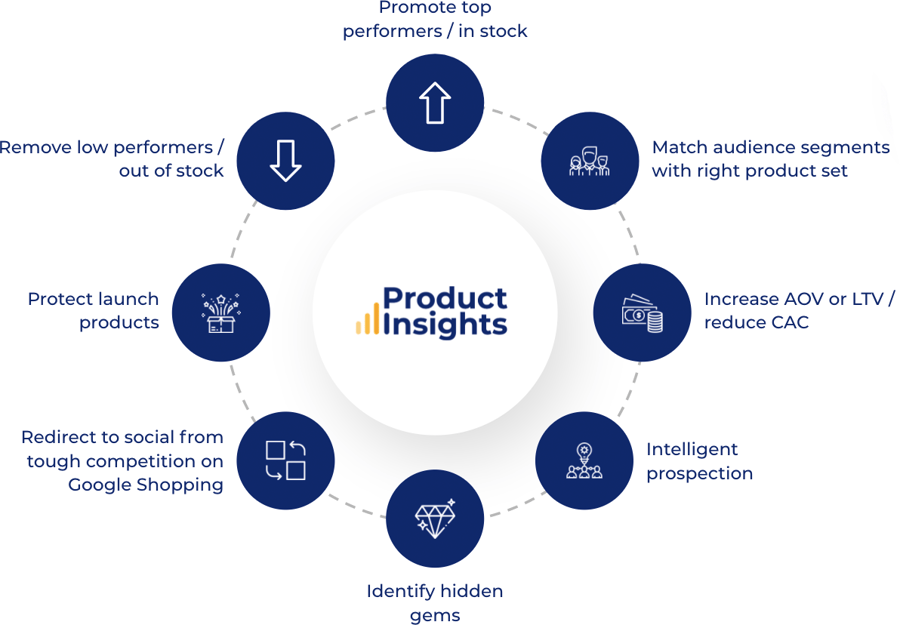 The Product Insights feature integrates product-level data from every channel, forming it into a single source of truth within the ROI Hunter PPM. Brastop began using Product Insights to filter through their data, looking for products that might have been overlooked by Meta's algorithm.

As it turned out, once Brastop filtered to find the top 20% best-selling products according to Google Analytics, they found that almost none of these products were receiving any promotion on Meta.

This disconnect is surprisingly common in e-commerce. We ran an analysis with several clients, and found that, on average, 50% of all impressions were focused on just 1% of the catalog. Many products are simply overlooked; even products with the potential to be your most profitable. Learn more.

To solve this issue, Brastop used ROI Hunter to filter their catalog for specific goals (e.g. revenue) to find all the products that matched. Then Brastop created a distinct product set for each goal to run alongside the full catalog campaign. Now, rather than pulling from the entire catalog, Meta's choice of which products to promote in these specific campaigns was limited to the products intentionally included in the groups.

Once they teamed up, ROI Hunter ran a full audit of Brastop's Meta pixel.  They found that, although users were being tracked, there were two steps with issues:

Beyond that, they had several crucial events (Add to Cart; Checkout; Add Payment) that were set up, but weren’t triggering correctly. All this resulted in too few users being tracked for Brastop’s remarketing campaigns to be effective.

Once the audit was complete, ROI Hunter’s customer success managers (CSMs) worked with Brastop to close up the leaks in their funnel by adding these missing events to the Meta Pixel’s tracking. With the funnel patched, Brastop was able to gather enough user data for effective remarketing campaigns.

The dynamic campaigns were promoting Brastop’s best-selling products, the time needed to create and deploy a video or static image campaign was drastically reduced, and the retargeting funnel was patched.

With these factors in place, Brastop felt ready to scale their spending. The results were dramatic: not only did the campaigns raise their conversion rates by 28%, and lower cost per transaction (CPT) by 54%, but the return on ad spend (ROAS) increased by 155%!

When all was said and done, Brastop had increased their spend by 66%, raised their number of transactions by 243%, and saw a 305% increase in revenue.

So what’s next? With their dynamic environment set up, and Product Insights integrated, the next step will likely be horizontally scaling their catalog to increase the number of items promoted by the social algorithm.

If you’d like to see how ROI Hunter could help your company become more profitable, contact us and we’ll walk you through a plan. 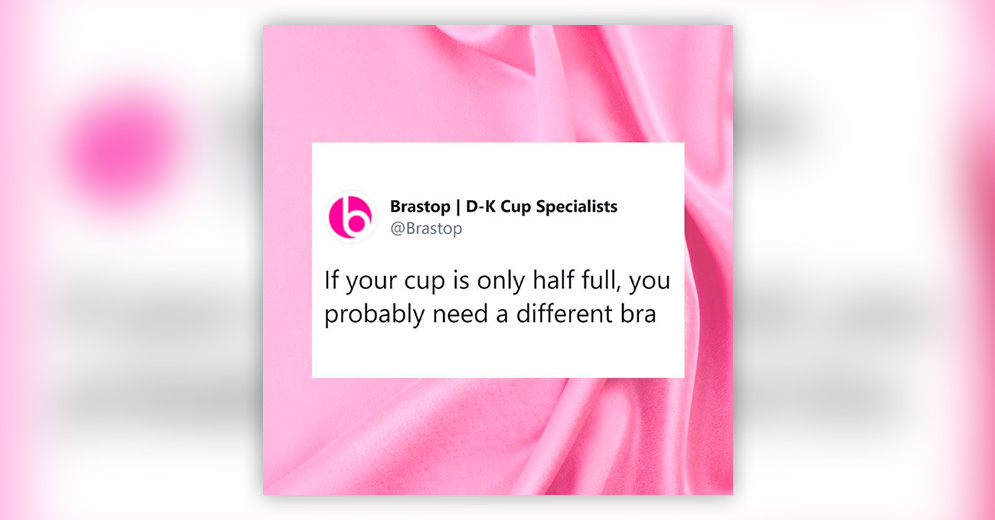 "Working with ROI Hunter could not have come at a better time for us.  The business had seen strong, sustained growth across social and we were looking for a platform that would enable us to elevate our performance even further and take our campaigns to the next level.

From the initial account audit, to the introduction of the template editor and product insights tool, at each step of our on-boarding process we experienced real wins as a business both in terms of resource savings within the team and hitting our performance goals.  Our first six months working with ROI Hunter has been a real success story and we are very excited about our project roadmap and what the future holds."