← back to all success stories
E-commerce India

How BannerBuzz Got Better Results With 80% Less Effort

BannerBuzz is an online retailer who provides creative advertising solutions for storefronts and events. Originally founded in India, BannerBuzz is now active in seven countries, with over 300 employees worldwide. BannerBuzz’s products include custom vinyl banners, trade show displays, signs, and stickers. Their mission is to help brands to stand out from the crowd.

CHALLENGE: Small Audience
Remarketing campaigns can be incredibly effective at bringing visitors back to your site for a second chance at convincing them to make that conversion. BannerBuzz’s retargeting campaign was based around “View Content” and “Add to Cart” events, and despite seeing a lot of site activity per Google Analytics, they were having trouble targeting a large enough audience.

CHALLENGE: Manual Changes
BannerBuzz customers displayed a tendency to buy more on weekdays than on weekends. Without a way to automate the promotions they were running, BannerBuzz had to manually adjust every campaign on the weekend to make sure the budget was optimal. 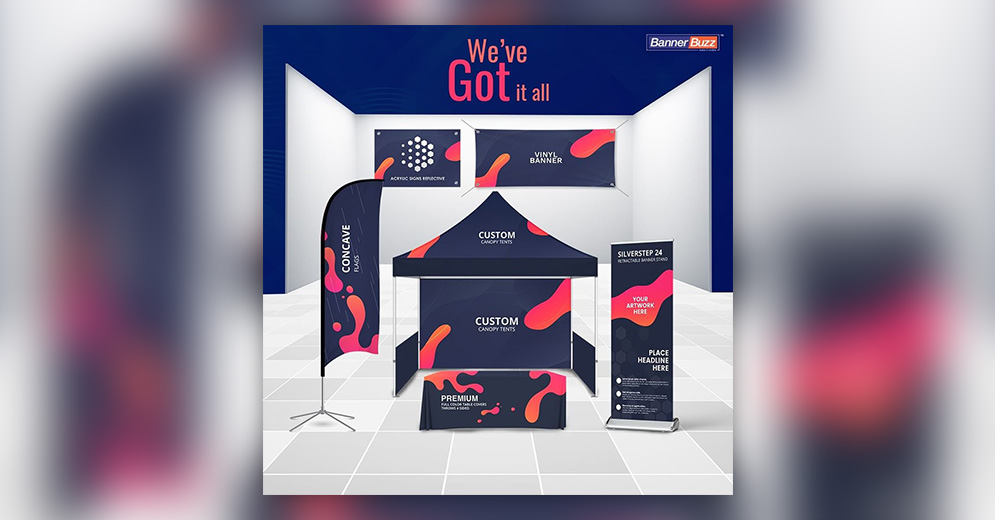 ROI Hunter began by auditing all of BannerBuzz’s ad accounts, as well as all associated pixels and product feeds. Once the audit was complete, the picture of what wasn’t working became clear: while most of their events were correctly in place, they were missing a category-level event; visitors were only being tracked if they made it all the way to a specific product. Without this event in place, BannerBuzz had untracked users browsing the site at the category level, and leaving before moving any further down the funnel.

Following ROI Hunter’s advice, BannerBuzz created a category-level event to ensure every visitor to the site was accounted for. Next, ROI Hunter helped them to set up a campaign targeting the newly increased user base. Rather than retargeting every visitor, ROI Hunter’s Refine Audience feature was used. This feature makes it possible to filter the visitors you retarget based on factors like time on site, number of visits, and number of purchases. BannerBuzz chose to exclude all visitors who had spent less than 20 seconds on the website in the last 30 days. 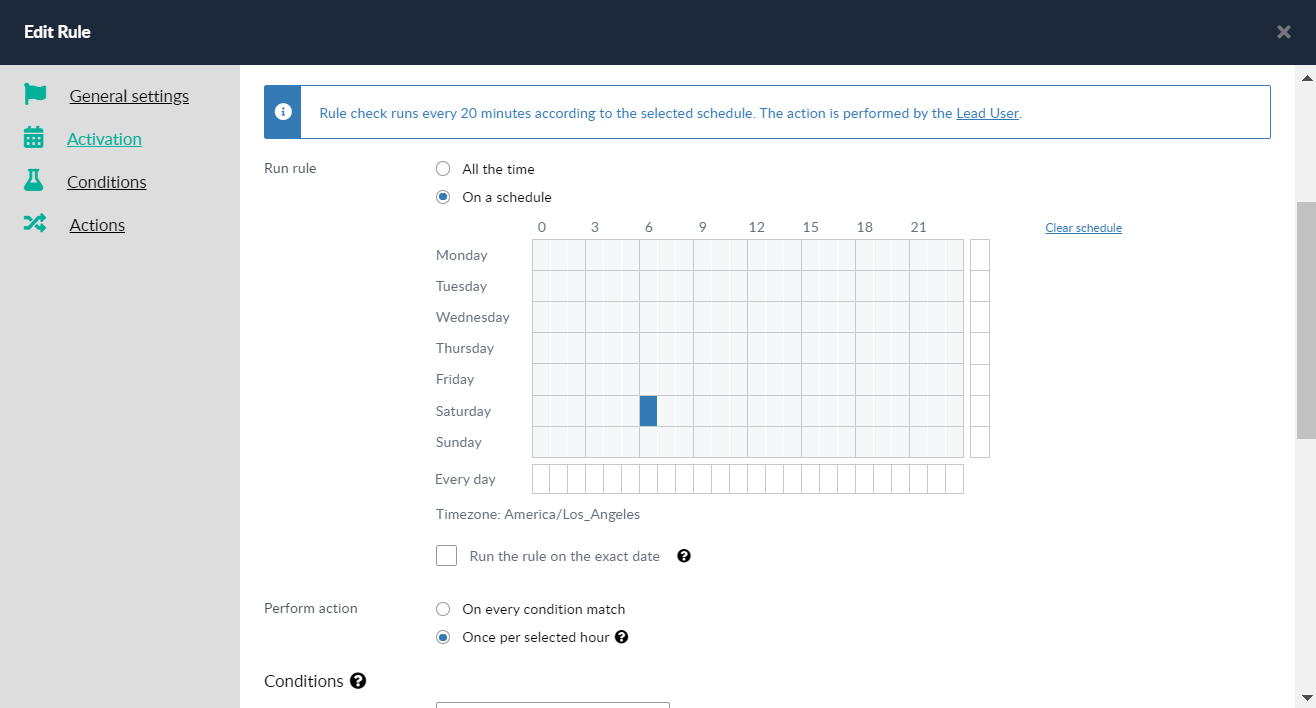 ROI Hunter’s plan to improve campaign creation wasn’t to speed up the manual processes, but to remove them entirely. Insead, ROI Hunter created and implemented automated rules to manage the campaigns. 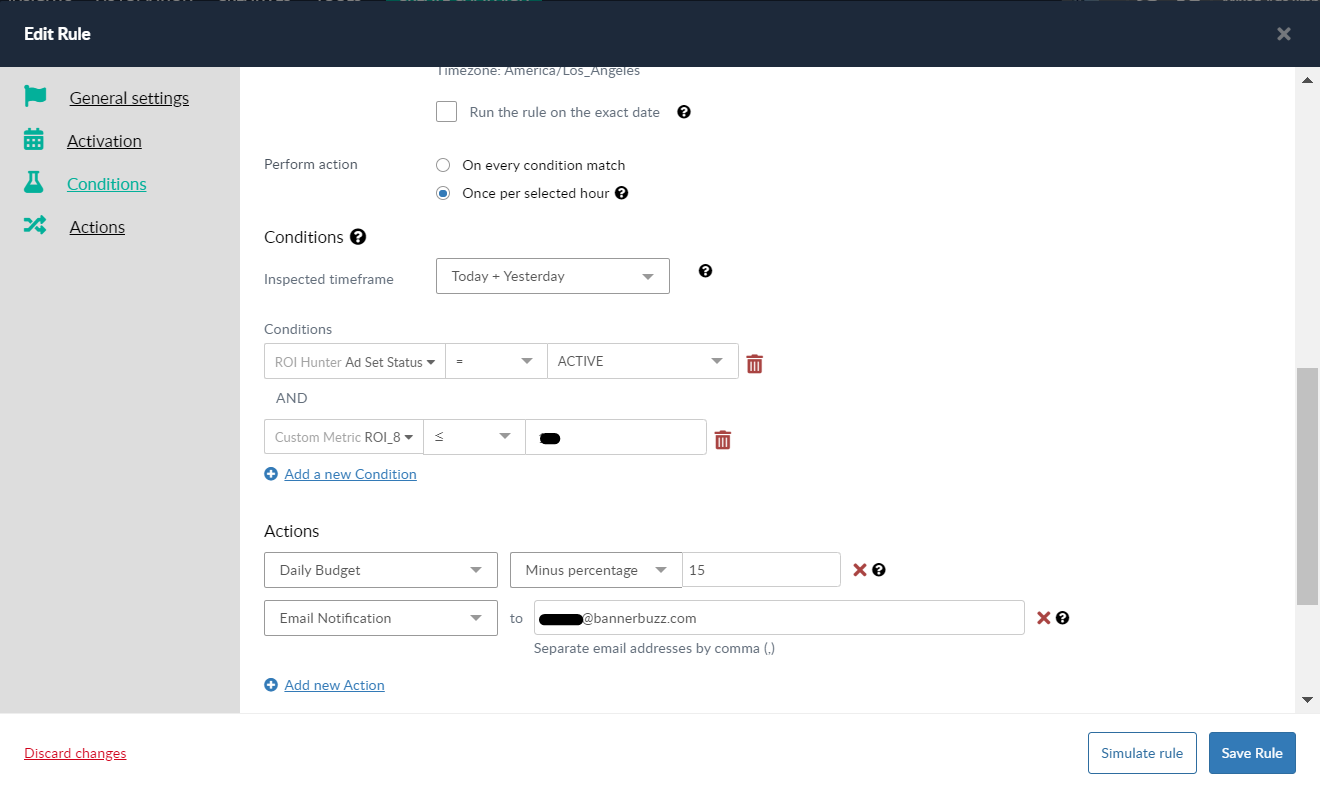 These rules took action at specific times throughout the weekend; they didn’t just reduce the budget, the rules were designed to recognize which campaigns were under-performing (ROI < defined threshold), and reduce the budget there, while leaving performing campaigns untouched. The system also notified BannerBuzz by email whenever an automated rule was applied, in case they wanted to check it.

This change saved BannerBuzz up to 80% of the time they had been spending managing their campaigns over the weekend.

With the newly improved visitor tracking, BannerBuzz had a larger audience to remarket to than ever before. By using Refine Audience in all of their remarketing campaigns, they were able to improve return on ad spend (ROAS) while also reducing their cost per acquisition. And with automated rules set up to reduce the time needed for manual adjustment, BannerBuzz could now focus the hours they saved on analysis and optimization instead. Finally, click-through rates (CTR) went through the roof under the new structure. 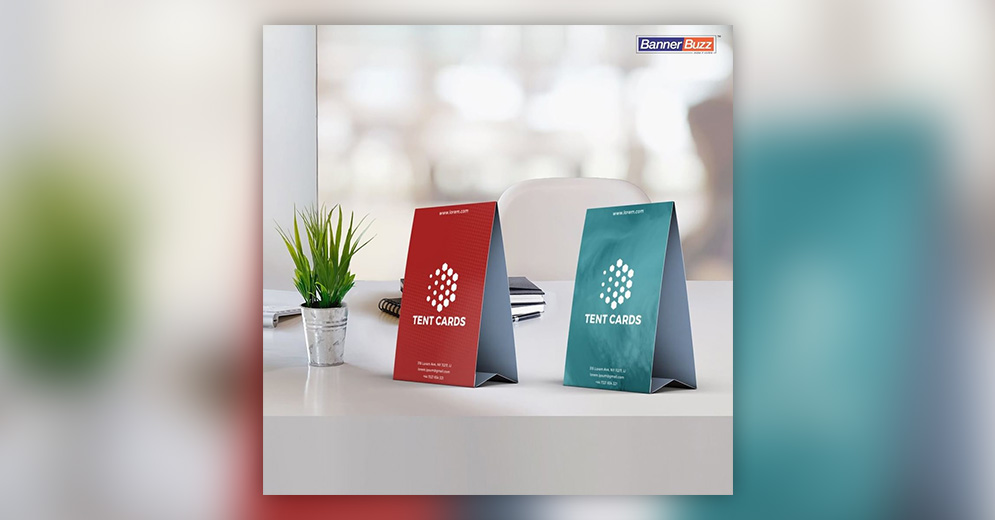 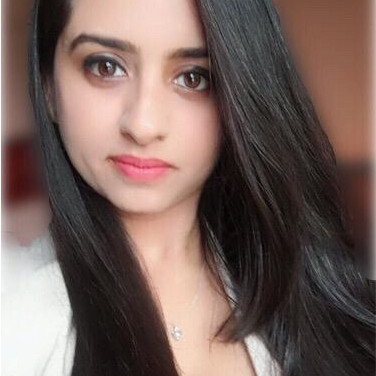 "ROI Hunter’s extensive automation rules helped us greatly reduce the manual work we were doing before. And with the category-level event in place, using ‘Refine Audience’ we were able to target the high intent users from the funnel, whom we were initially missing."