“Habit is one of the most wonderful principles of the whole human constitution. The special function of habit is to make that which is at first irksome for us to do, pleasant after a time to perform.”
Ben Franklin

The Coronavirus Catalyst
How Habits Work
How Habits Form
How Habits End
What Habits is Coronavirus Forming?
Grocery Shopping
E-commerce
Remote Work
Purchasing
Becoming Habits
How Should My Company React?

In just a few weeks, the coronavirus has dramatically changed how customers shop, how retailers sell, and how purchasing can be fulfilled. Supply chains are broken, stores are closed, and the world is staying home.

The question is: what happens once the crisis ends? Will people return to their previous shopping and selling habits, or will they have formed new habits?

This article explores habit formation, reviews the habits currently being formed by the COVID-19 pandemic, and discusses how e-commerce retailers can react.

Goals are all well and good, but habits are the real source of most changes in behavior. In his bestseller, The Power of Habit, author Charles Duhigg stated that 40% - 45% of what we do each day is habitual rather than based on conscious decision.

…”a habit is a choice that we deliberately make at some point, and then stop thinking about, but continue doing, often every day.”
Charles Duhigg

Think of a habit as the brain’s way of becoming more efficient through automation. The brain converts several actions into one automatic response. A study from the European Journal of Social Psychology found that it takes an average of 66 days for a behavior to become automatic. The range of time it takes to form a habit is anywhere from 18 - 254 days.

And once a habit is formed, it’s damn hard to break. There are numerous science-laden articles, even full scholarly books, dedicated just to helping people break their habits.

Over enough repetitions the loop becomes a habit. Now the cue, all on its own, has the power to make you crave the reward you know lies at the end.

EXAMPLE:
Let’s say you’re a smoker. Your routine is to take a cigarette out and smoke it. The cue for this behavior could be anything: maybe you smoke when you feel bored; having just eaten could also be a cue. Let’s use a common smoking trigger: stress.

Finally, what’s the reward for the behavior? Again, this will vary (the reward could be that you get a ten minute break outside), but we’ll use a common reward for smoking: the nicotine relaxes you.

After enough repetition, the cue of feeling stressed becomes intrinsically linked to the nicotine reward. Whenever you get stressed, you now crave the release that nicotine offers

“When a habit emerges, the brain stops fully participating in decision making. So unless you deliberately fight a habit - unless you find new routines - the pattern will unfold automatically.”
Charles Duhigg

To quit smoking or change any other habit, Duhigg recommends identifying the cue and the reward involved in the behavior and replacing them with something else, consciously at first, until the new loop becomes automatic, eventually becoming a new habit.

EXAMPLE:
You realize that stress cues your desire for nicotine. Now when you feel stress beginning to form, you can experiment with routines that offer the same reward of relaxation: yoga, taking a walk, meditating, etc. After enough repetition, this new routine will replace the old one, and a new habit will be formed.

What Habits is Coronavirus Forming?

The Imperial College London study (now being used to shape US and UK policy regarding COVID-19) discusses the likelihood that we will be in a staggered quarantine for the next 18 months. That’s 547 days. More than enough time for new shopping routines to form and become new habits. 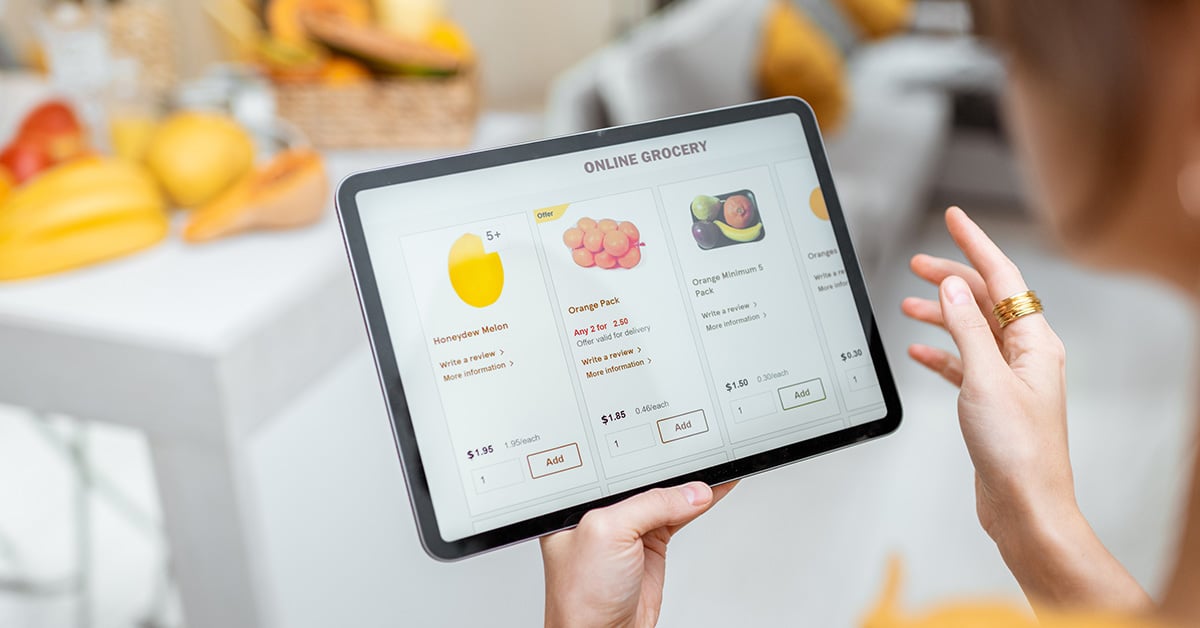 Data from the USA shows that online grocery shopping was increasing 15% year-over-year before the crisis, but still only accounted for 4% of the US market by 2019.

A new survey, taken on March 13, found that a full third of shoppers had purchased groceries online in the past week. For 41% of those shoppers, it was their first online grocery purchase.

In December of 2019, e-commerce accounted for 19% of the UK retail market. Courier service ParcelHero believes that number may rise to 40% during this crisis.

In Brazil, overall e-commerce sales were up 40% year-over-year in the first half of March.

As the COVID-19 social distancing measures continue, working from home has become the new normal of how we work. Some experts believe it’s going to stay that way. Considering that 99% of employees surveyed said they would like to work from home for at least some part of the rest of their career, I’m inclined to agree.

Gartner’s latest CFO survey also supports this conclusion, with 74% of respondents saying they plan to move at least some formerly in-office employees to remote work on a permanent basis.

With the extent of supply chain disruptions still piling up, the need for greater visibility throughout the entire chain has become more and more apparent.

Unfortunately for suppliers, this type of data is something they prefer to keep quiet: the more retailers know about their pricing and overall process, the less advantage the suppliers hold over the retailers they work with.

The World Economic Forum released a four-part plan for improving global supply chains; one that may well become the norm

Too much of trade still depends on physically putting a pen to paper. Any company relying on this method will be slower to react to changes or disruptions that may happen along the supply chain. With no one in the office to actually sign these documents during COVID-19, we’ll see digital authentication habits increase rapidly.

In order to make transparency more practical, suppliers need to feel secure that the data they’re showing will only be seen by the intended recipient. Much of this sort of paperless communication happens today through Electronic Data Interchange (EDI). This is a secure, one-to-one method, but it only works as a one-to-one method.

Enter the blockchain: a decentralized system where suppliers can review their privacy settings directly within their own node, as well as distribute data to others in the network without needing a one-on-one connection. Blockchain has been a popular topic for years, but 2020 is looking to be the year it becomes mainstream.

The blockchain also makes it possible to remove banks as an intermediary. As it stands, both suppliers and retailers use letters of credit to guarantee payments and deliveries, using the banks as a 3rd party. The blockchain provides an alternative method; smart contracts (computer protocols) are set up to automatically enforce the agreement. Because the blockchain is decentralized, these activities are verified by the whole network, rather than one 3rd party. Removing the banks from the equation makes everything moves faster: no intermediaries having to verify everything means a faster delivery of revenue to both suppliers, and those doing the purchasing.

The Word Economic Forum believes that these methods will need to be developed now, not later, to be truly effective. And with supply chains more disrupted than ever before, this is the time when we’ll start developing those new habits.

We are facing a year-and-a-half of buying groceries online, doing most other shopping online, and working from home. Within just the first few months, these new routines will have become automatic. After a year-and-a-half, they will have had more than enough time to become habits. Added to that is the fact that consumers are now nervous to be in a crowded store or mall, and that fear will be justified for at least another 18 months.

There is no reason to believe these newly formed habits will magically change back once the pandemic is over.

How Should My Company React?

The Imperial College London’s report (which both the US and UK are using to prepare) suggests that we may be facing 18 months of staggered quarantine periods. The retailers who make it through this will be those who can achieve and maintain lasting profitability, ensuring their cash reserves are maintained during the coming credit crunch.

The retailers that thrive once this period ends will be those that have invested in the right tech. As Fortune Magazine warns:

...the coronavirus crisis is likely to deepen the gap between retail's online winners and its losers. That means those with data-rich loyalty programs that are well connected to apps and the retailer's web site are best equipped to offer shoppers what they really want, or suggest appropriate deals or services.

The retailers with the insights into their products and customers to accomplish this will be the ones who survive, and the ones who shape the new age of e-commerce that will follow.

Surviving will be different for every retailer, and there is no official solution to what needs to happen. Our new podcast attempts to find the answers by speaking with e-commerce thought leaders about how they and their company are handling COVID-19. If you’re interested in following along with us, subscribe here.

E-commerce will outlast this. But even then, we won’t be going back to business as usual.

How retailers can enhance Performance Max in 2023 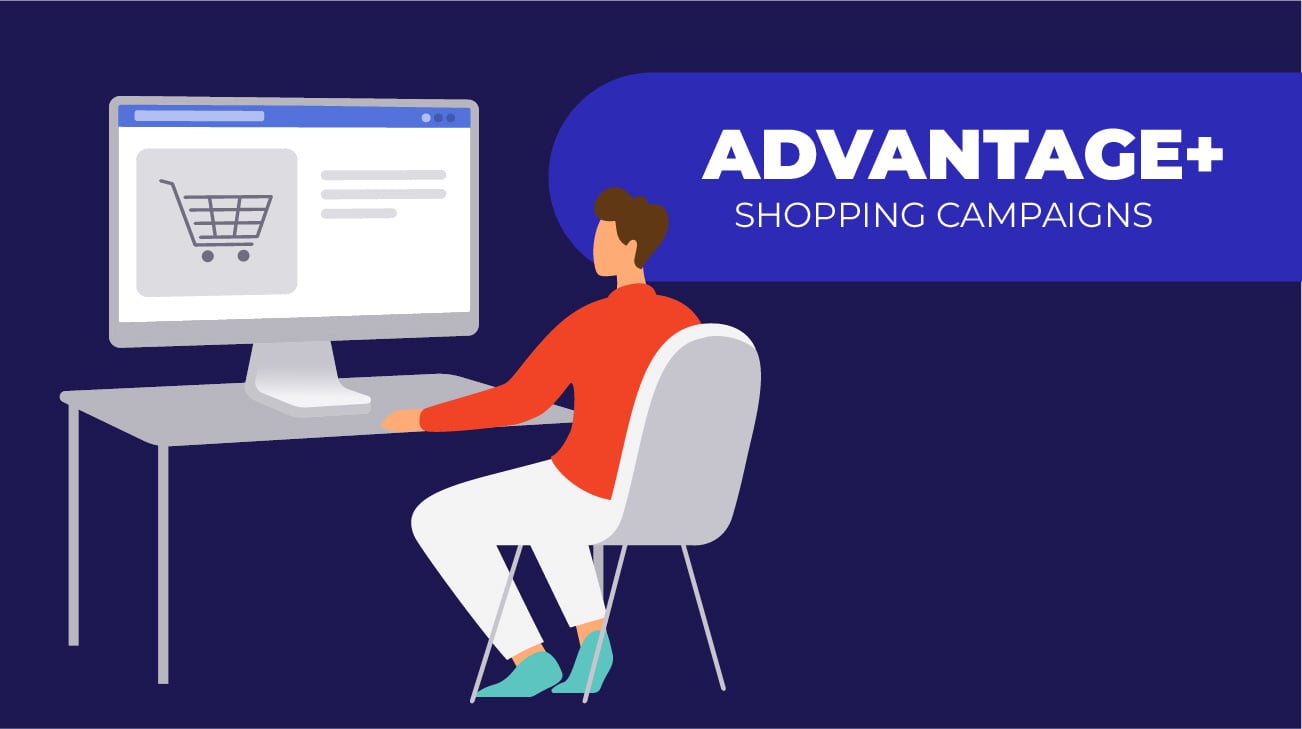